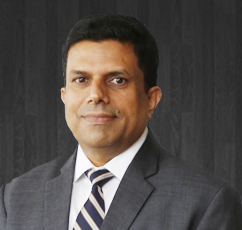 Mr. Anil Raghavan is the Chief Executive Officer of SPARC since April, 2014. In his role as CEO, Mr Raghavan sets SPARC’s strategic priorities and focuses on developing the portfolio prudently and driving long-term stockholder value.

Mr. Raghavan is a senior Pharmaceutical Services executive with significant global exposure spanning business strategy and operations. Prior to joining SPARC in 2014, he served as the Managing Director of India and Sri Lanka business of Quintiles and has been an active member of their Asia Management Board. Under his watch, Quintiles India maintained strong double-digit revenue and operating surplus growth in a turbulent business environment. He spent the first half of his career in the Consulting Industry with leading firms such as Arthur Andersen, KPMG and Cambridge Technology Partners. He helped the leadership teams of several companies in developing/evaluating strategies and improving business performance. He has led/participated in several industry sector studies, working with business lobbies and industry associations to highlight sectoral opportunities and challenges. Mr. Raghavan is an Industrial Engineer with a deep interest in evolving science and technologies enabling pharmaceutical R&D and health care. His other interests include the New Media, Digital Photography and Carnatic Music. Dr Nitin Dharmadhikari - Executive Vice President is Head Operational Excellence & COE’s. He is responsible for conceiving and leading New Initiatives to ensure Operational Excellence in SPARC. He is accountable for the development & operational management of Centers of Excellence (COEs) for the functions like Quality & Supply Chain Management for Investigational & Commercial products. Dr Dharmadhikari has rich experience spanning over 30 years within the pharmaceutical industry. After completing Ph.D. from Nagpur University, Dr Nitin Dharmadhikari worked in corporates like Dr Reddys and Ranbaxy. He joined Sun Pharma in 1999 and looked after product development for US, Europe & India. He moved to SPARC in 2007 to oversee the drug delivery system & product development research along with Manufacturing & Quality assurance. Dr Dharmadhikari is a co – inventor of two innovative platforms and more than 50 patents / patent applications. 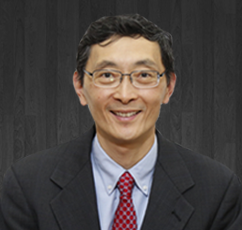 Siu brings in 20 years of experience in clinical research. Prior to joining SPARC, he held positions of increasing responsibility in Clinical Pharmacology & Oncology at Merck, Sanofi-Aventis and Schering-Plough. He completed sub-specialty training in hematology & oncology at Johns Hopkins and is a Board certified Internist, Hematologist and Oncologist. 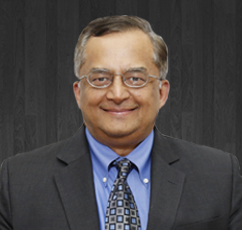 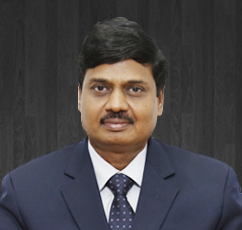 Dr Rao carries over 22 years of experience in synthetic organic/ medicinal chemistry  together at SPIL & SPARC Ltd. Prior to joining SUN, Dr Rao was associated with GlaxoSmithkline Pharmaceuticals Ltd. Thane, as Group Leader in Chemistry R&D. for about 4 years.

Vikram Ramanathan, Vice-President and Head of Translational Development at SPARC, is responsible for Preclinical Pharmacology, Drug Metabolism & Pharmacokinetics and Bioanalysis, and Regulatory Toxicology. Vikram has 20+ years’ experience in Pharma Drug Discovery and Development having worked both in the US and in India.

Vikram received his PhD in Pharmaceutical Chemistry (Pharmaceutics Pathway) at the University of California San Francisco where he studied the role of mammalian epithelial neurotransmitter transporters in pharmacokinetics and disposition in the laboratory of Dr Kathleen M. Giacomini. He then did a post-doctoral fellowship in molecular neurobiology at the NIH, Bethesda in the laboratory of Dr Zach W. Hall, studying the oligomerization of the muscarinic acetylcholine receptor.

Vikram started his pharma career at SmithKline Beecham Pharmaceuticals in the Philadelphia area spending several years in its DMPK department before returning to India in 2003. He joined Advinus Therapeutics Ltd. with its founding team to set up its DMPK and Bioanalysis department in Bangalore and was also responsible for clinical candidate optimization. He then worked at Cadila Healthcare Ltd. as Vice President and Head, supporting DMPK and Bioanalysis for NCEs, generics and biologicals. In his most recent stint Vikram was Sr. Vice President & COO of Advinus Therapeutics with responsibility for the scientific functions including Chemistry, Analytical R&D, Pharmacology, DMPK & Bioanalysis and Safety Assessment. 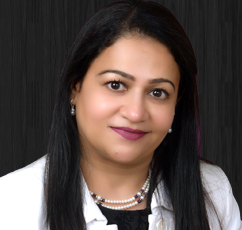 Dr. Yashoraj Zala, Vice President & Heads the Drug Delivery Systems function at SPARC. Her 22+ years of prolific experience has culminated in several successful commercial products. She has a wide span of experience encompassing  know how of diverse products including complex generic, 505(b)(2) NDA products & drug  delivery platforms.  Her prominent achievements include development of platform technologies like Wrap MatrixTM, GRIDTM and Abuse Deterrent & Overdose protection technology. Solubilisation, oral bioavailability enhancement & oral delivery of macromolecules especially in auto immune diseases is also an area of interest for her.  She has to her credit several granted patents and applications. She obtained her Doctorate in Pharmaceutical sciences from Institute of Chemical technology, (ICT), Mumbai & has also completed executive MBA from S. P. Jain institute of Management & Research. 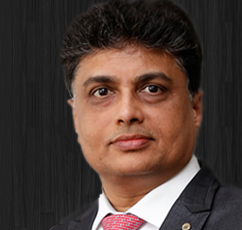 Prior to joining SPARC, Chetan was associated with Sun Pharma since 1993 and has spent over 24 years with Sun Pharma in various leadership positions and has worked across multiple areas like Accounts, Distribution, International Logistics and Finance & Treasury.

Chetan worked with The Dharamsi Morarji Chemical Company Limited as Chief Accountant from 1990 to 1993. He is a Graduate Member of ICWAI, Calcutta (1989) and a Commerce Graduate with distinction from H.L. College of Commerce, Ahmedabad (1986). Chetan completed his Post Graduate Executive Management Programme from SP Jain Institute of Management & Research, Mumbai in 2014. As a member of the SPARC management team, Dr Ranganathan oversees all aspects of academic collaborations from cultivation of relationship, opportunity triage, due diligence; manages operational/business aspects of all ongoing collaborations. In addition, he is responsible for revamping the internal ideation process, and facilitating decision making on project progression and resource allocation for our pre-clinical portfolio, based on priority, risk, and competition.

Dr Ranganathan received his Ph.D. in Biology from Massachusetts Institute of Technology and did his post-doctoral training in neuroscience at Harvard Medical School & Fred Hutchison Cancer Research Centre. He has around 20 years of experience in various domains of translational research and drug discovery. Most recently, Dr Ranganathan was the Director of Translational Medicine Initiatives and Clinical Partnerships at Massachusetts General Hospital (MGH), Boston for 3+ years, where he established a flagship internal medicine residency training program that focuses on elucidating the causes of serious and perplexing ailments that defy a definitive diagnosis or are refractory to existing treatments; and conducted business development with biotech and pharma to bring clinical studies to be conducted at the Translational Research Centre at MGH. In parallel, he served as a part-time consultant for SPARC, where he has spearheaded scientific listening visits for the SPARC executive team to 20+ US academic institutions and has been instrumental in establishing multi-year drug discovery collaborations with four academic institutions, with the flagship program to date being a $10M research collaboration deal with University of Michigan. Additionally, he serves as an adjunct professor at Drexel University.

Previously, he served for one year as the VP of Science and Regulatory Advocacy at PhRMA (Pharmaceutical Researchers and Manufacturers of America) in Washington DC. Prior to his time at PhRMA, for 3+ years, Dr Ranganathan was the Director of the Office of Translational Research at the National Institutes for Neurological Disorders and Stroke (NINDS) at the NIH. He transitioned to this role at NINDS after serving as the Senior Advisor to the NIH Director for Translational Medicine for 15 months. He joined the NIH in 2010 after spending 7+ years at the Novartis Institutes for Biomedical Research Inc., where he was a Director in the scientific strategy & portfolio management group and also founded & served as the Global Head of the Office of Scientific Education for the Institutes. 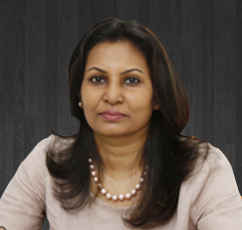 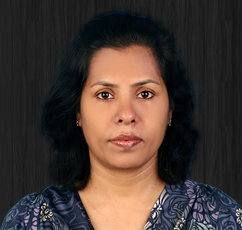 Prior to joining SPARC, Shanta was CHRO for the EPC business of Reliance Infrastructure, instrumental in successfully transforming its business model through change management. She played a crucial role in the start up, successful production and divestment of its Cement business. Before joining Reliance she held roles in many HR consulting companies, one of them being Stantonchase International, whereas Associate Director she has recruited several top leaders in the Financial Services industry.

Shanta has over 25 years of experience across industry verticals like Manufacturing, Financial Services, and Infrastructure. She has expertise in conceptualizing and aligning Human Resources in line with the overall business strategy. She has wide experience in assessing existing processes and accordingly designing and implementing measures aimed at enhancing process efficiency, organizational effectiveness and employee potential.

Shanta has done her Post Graduation from Jadavpur University and has been identified as the 100 Top HR Minds by World HRD Congress.